Winery of the Week: Pickering

This week, our ‘Winery of the Week’ is Pickering Winery. 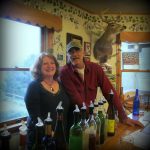 One might not think that a small family winery nestled in the heart of the rural Endless Mountains would ever become successful enough to open another location just a decade after being established, but that’s exactly what happened in the case of Pickering Winery.

In December of 2003, Jim and Mary Pickering established their beloved business along Route 187 in Wysox, just south of Rome. The two had been making their own wine for years and eventually had the vision of transforming it into a fun and prosperous venture. 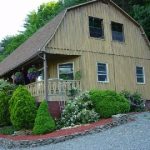 “We enjoyed making wine on a home wine making level and decided to take it to the next level,” said Mary.

With the help of family and friends, the Pickerings’ were able to make their wines available to the public and operate the wine business directly from their home. The entire wine making process was done on their beautiful estate.

Mary said Pickering’s top sellers include its semi-sweet blush called, “Fran Cat,” made from Baco and Catawba grapes, the Cranberry wine, and its crisp, sweet white wine known as “Diamond.” While many on its wine list have won medals and awards, Pickering’s Diamond has received the most, such as a 2011 Double Gold and 2012 Gold Medal from the Pennsylvania Farm Show. It was also named “Best White” at the Wyalusing Valley Wine Festival for two consecutive years in 2008 and 2009.

“With a variety of offerings to choose from, we’re sure you’ll be happy tasting with us,” she said.

With the success of its various varietals, Pickering Winery had reached a point in which it was expanded to include a new location in Orangeville near Bloomsburg, which opened in September 2013.  Managed by Lanny and Susan Sheehan, the second location is situated along Route 487.

“We have four employees including ourselves at our Rome location and three employees at our Orangeville location,” said Mary.

Pickering Winery will once again be returning for the Wyalusing Valley Wine Festival on Saturday, Sept. 15. As a longtime attendee that is quite popular among festival goers, it’s a pleasure to have the team back for 2018.