Winery of the Week: Capra Collina

This week, our ‘Winery of the Week’ is the Capra Collina Winery of Blakely, PA. 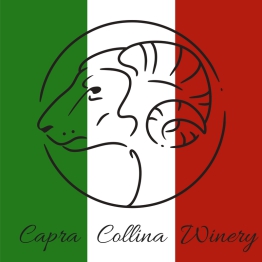 They say family should never work together, but brothers Gregg and Tim Betti never subscribed to that theory. 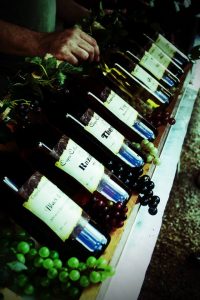 Together, the two operate a popular winery that was founded by their father, Kevin, in 2004. Not long before Kevin’s passing in 2012, Gregg and Tim took over their father’s brainchild, the Capra Collina Winery in Blakely, PA, which is located along the Scranton-Carbondale Highway.

“As a teenager, Kevin made wine with his father, but being a normal teenager, he escaped the wine cellar as soon as he could. He didn’t start making wine again until 1985,” says Gregg of his father. “Kevin recruited me, my brother and several other relatives and friends to help and get involved.”

Kevin referred to this as being “bitten by the wine making bug,” said Gregg, who claims wine making has been a Betti family tradition as far back as they can trace their lineage.

Shortly after retiring from the RCA electronics company, Kevin opened a store in a small house in Jessup where he sold supplies to other wine makers. Being the only such shop in the area, he made quite a name for himself.

Upon taking the reins of the operation, Gregg and Tim invested in new location along Route 6 in 2015 where they now carry as many as 25 different varietals.

“Both Tim and I enjoy the creating aspect of wine making,” said Gregg. “Most of our wines are our own unique blend, which can not be found anywhere else. That’s the fun part as well as interacting with our customers.” 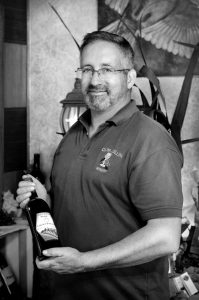 Capra Collina Winery’s most popular bottles include the “OMG”, an apple and cranberry blend; and “Therapy”, a pomegranate flavored blend. Recently, the Betti’s introduced “Black and Blue,” which is a blend of – you guessed it – blackberries and blueberries. This concoction has reportedly become a favorite among their guests as well.

Gregg and Tim have six other family members that comprise their staff along with the occasional recruitment of a friend or two.